A friend from Cebu whom we haven’t seen in a year had flown in over the weekend. We all gathered to meet him for Saturday brunch at Wildflour Cafe + Bakery in Salcedo Village. It was the perfect place for such an event for their selection of European breakfast items doubling as comfort food.

First thing we got was the Bacon Tarte Flambée, a kind of flatbread whose crust has a similar consistency as pie crust. It’s kind of like pizza in that sense, with cheese, toppings and all.

We also got the Squid Ink Bucatini because it sounded exotic. Bucatini is a thick, hollow noodle, which probably makes it a good choice for squid ink pasta because it can absorb more of it. I’d have to say that the medley of seafood glazed in garlic butter was divine.

There were mixed reviews on the Casarecce Cacio e Pepe. Some people found it too bland, but I thought that the subtle savor embedded in the pasta lightly seasoned with pepper was a good thing. The oozing cheese was what made it interesting.

Some friends had the Lasagna Bolognese, which had all the ingredients of a lasagna but with better quality.

The final item on our table was the Eggs on Toast, which was basically a Croque Madame with salmon instead of ham and more generous servings of runny egg. (They must have used 3-4 eggs.) It was so huge my friend had leftover for take-out.

We were so full by the time we finished that we barely had room for dessert. All we could do was gaze at the assortment of pastries and cakes laid out on the counter. The display was simply overwhelming. (So many choices, so little space!) 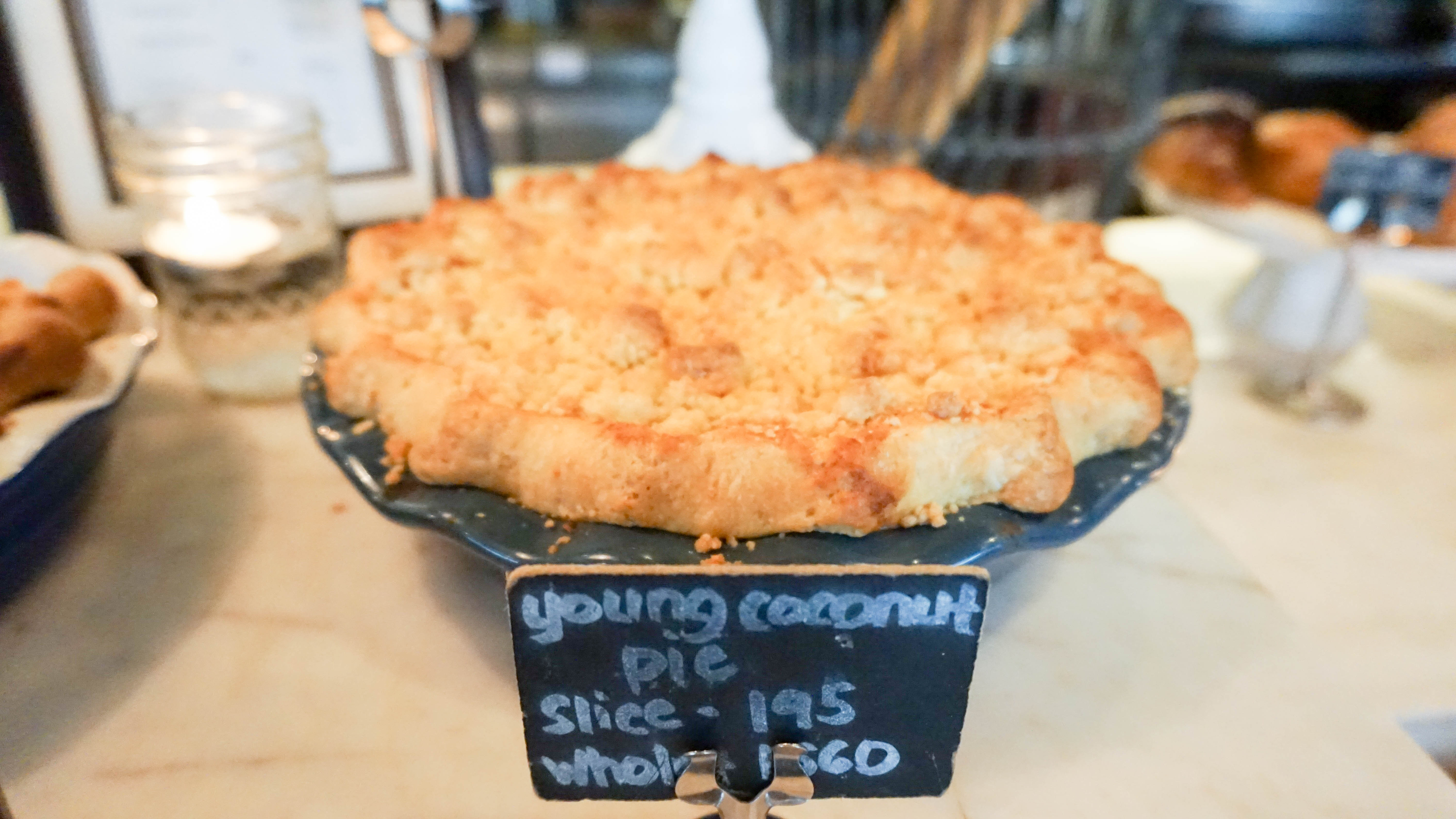 Overall, I felt that while the price might seem steep, the quality and the serving size of the dishes justify it. In terms of food, I’d give Wildflour two thumbs up, but only one thumb for ambiance. I love the vibe, but it was really crowded to the point that our seats were a hazard to the servers passing behind us. One slow-reflexed server could mean shattered plates and a whole lot of food wasted.

Operating Hours:
Monday to Thursday: 7AM to 10PM
Friday to Saturday: 7AM to 11PM
Sunday: 8AM to 4PM